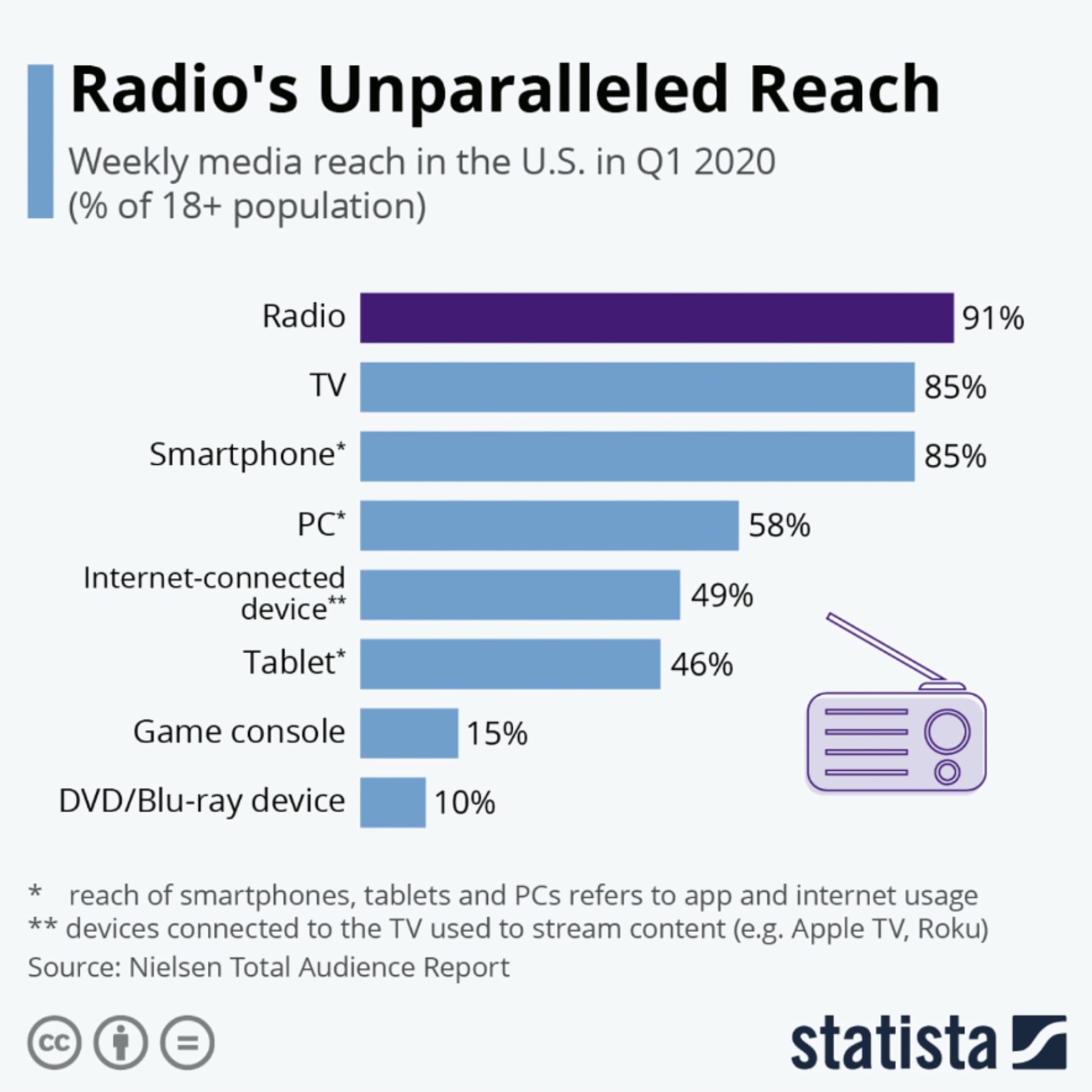 With all the talk about digital media, it’s easy to forget how powerful traditional media such as radio and television still are. Radio in particular rarely gets credited for what it still is: a true mass medium. According to Nielsen, radio even trumps TV in terms of its weekly reach.

According to Nielsen’s measurements, far more than 200 million Americans aged 18 and older listen to the radio at least once a week, equaling a reach of 91 percent of the adult population. Smartphones and television share second place, both reaching 85 percent of U.S. adults in any given week.

While radio does win in terms of sheer reach, TV remains unparalleled with respect to average daily usage. According to Nielsen’s measurements, U.S. adults spend an average of 4 hours and 16 minutes a day watching TV (live and time-shifted), which is roughly 2.5 times the amount of time they listen to the radio (1h 39m). 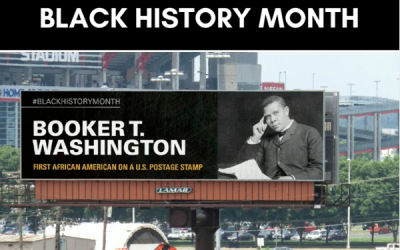 In celebration of Black History Month, Lamar Advertising Company, one of the largest outdoor advertising companies in...