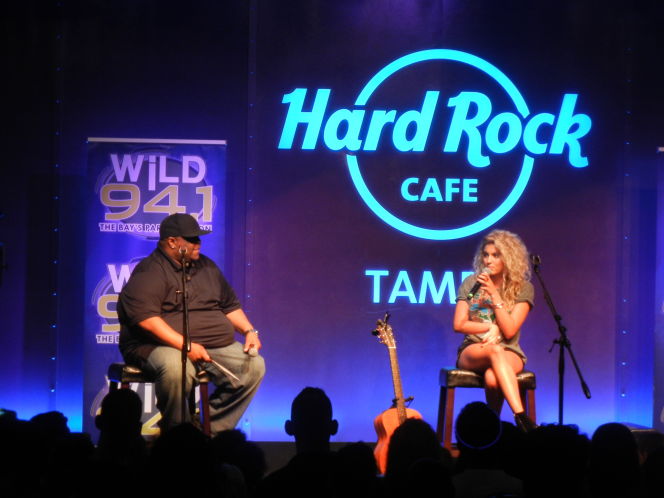 TAMPA — Twelve nights before drawing a standing ovation at the 2015 MTV Video Music Awards, pop singer Tori Kelly stood before an intimate crowd at Tampa’s Seminole Hard Rock Hotel and Casino, strumming an acoustic guitar and opening up about her songwriting process.

A fast-rising star, Kelly easily could have filled a much larger venue. But this gig was private, open only to guests of Wild 94.1 as part of their Tampa Bay Talent Search, a contest for aspiring singer-songwriters.

Hosting a pop singer and sponsoring a contest for songwriters may seem like curious moves for a radio station most associated with party music. But Orlando Davis, Wild’s longtime program director and morning host, doesn’t see it that way.