You asked, he delivered! Andre Ezeugwu, back on stage! 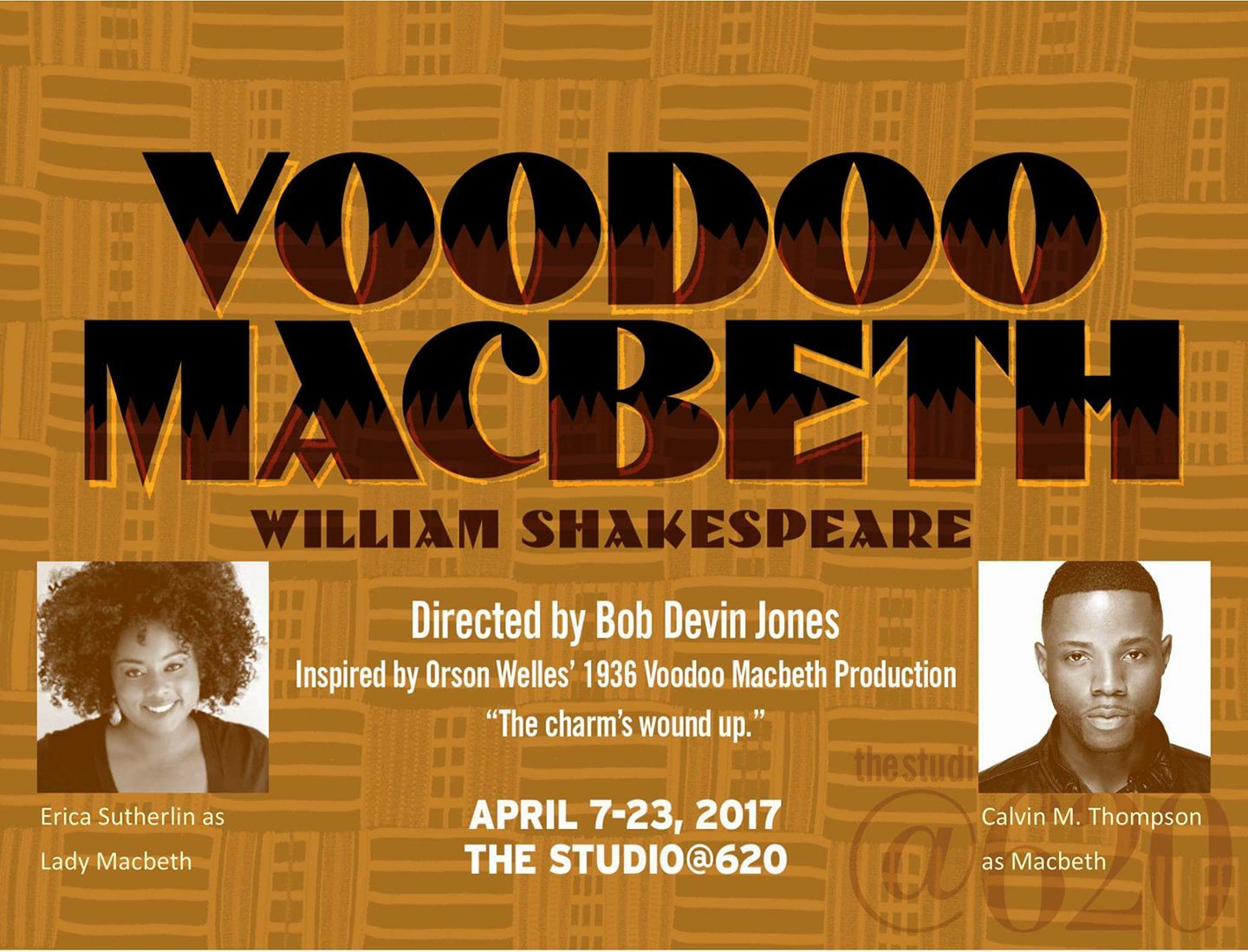 The time has finally come…. André Ezeugwu is making his Florida debut back to the stage as the Sergeant/Porter in this amazing production of Voodoo Macbeth, working with some amazing people!!

The Studio@620 honors the 400th anniversary of Shakespeare’s legacy with “Voodoo Macbeth”, inspired by Orson Welles’ historic 1936 production. For those unfamiliar, the play centers on a brave Scottish general named Macbeth who receives a prophecy from a trio of witches that one day he will become King of Scotland.

An all African American cast directed by Bob Devin Jones, will include local notables Sharon Scott*, Kylin Brady, Nadine Smith, James L. Lincoln, and Cranstan Cumberbatch, and features Erica Sutherlin as Lady Macbeth and Calvin M. Thompson* as Macbeth. A soundscape composed of percussion and live sound effects and a creative installation of the set by artist Ya La Ford will add to this unique dramatization!

Proceeds from the Opening Night Performance will fund an educational component, taking Shakespeare into local high schools. For this reason red member tickets will not be accepted on Opening Night.

A limited number of Red Member Tickets will be accepted for these performances with advanced reservations.

Red Member Tickets will not be accepted for the Opening Night performance.

*Indicates that a performer appears courtesy of Actors Equity, Inc.

Special thanks to these additional sponsors:

← Prev: Amelia and Charley Trailer Got a Bad Landlord? →