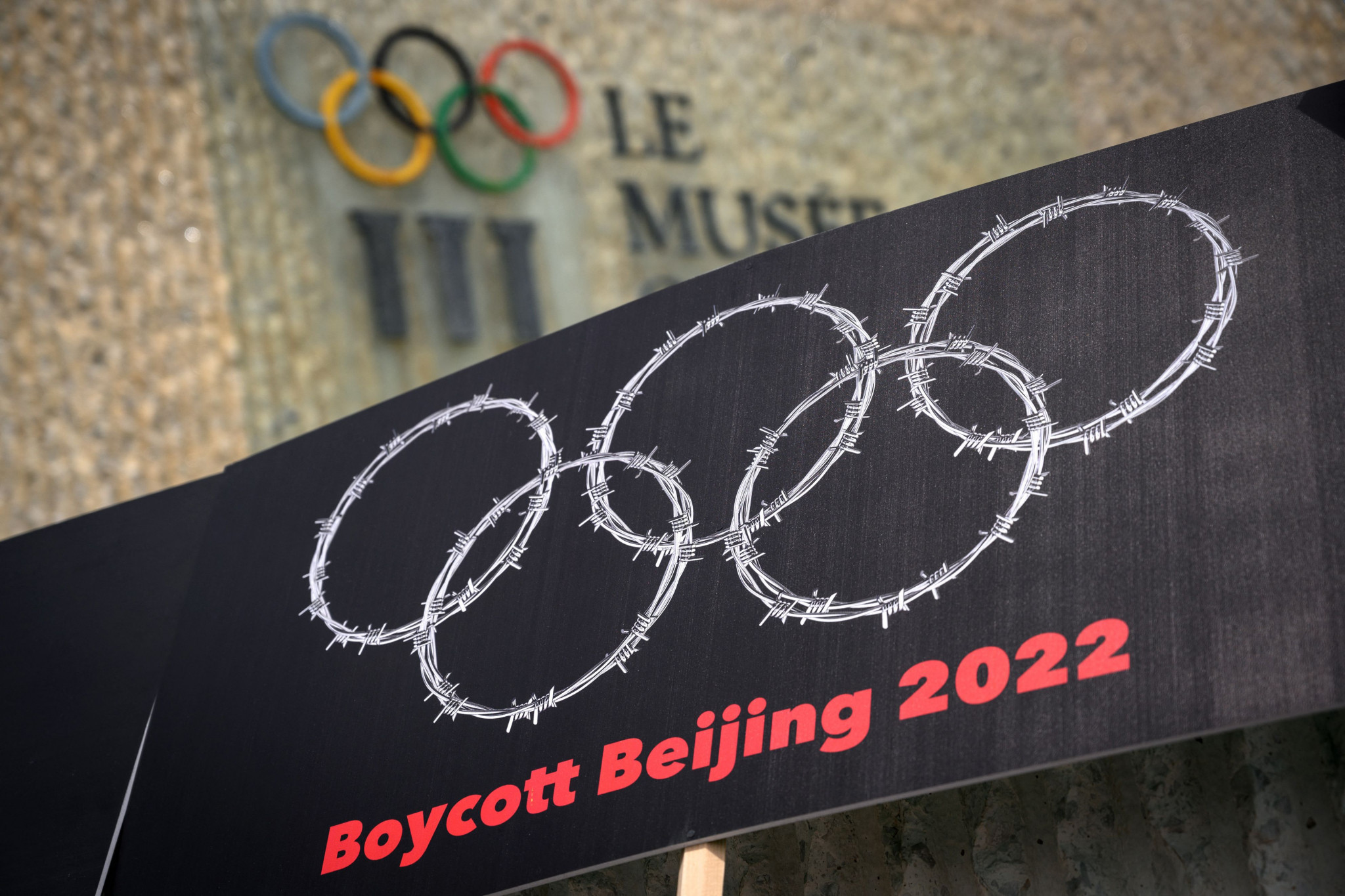 Has it really been such a big surprise to China that the United States has chosen to diplomatically boycott the 2022 Beijing Winter Olympics? What has been more surprising is China’s reaction to the diplomatic boycott- as if they didn’t think the United States wouldn’t take a stance against their blatant human rights abuses which include:

● Mass detention camps and forced sterilization campaigns against Uighurs and other Muslim ethnic minorities in the country’s western province
● Development of hypersonic and nuclear weapons
● Menacing Taiwan and labeling it as a “breakaway” and unruly province
● Violent crackdowns on democracy in Hong Kong
● Censoring of Chinese tennis star, Peng Shuai, who disappeared for 2 weeks after taking to social media to accuse former Vice Premier Zhang Gaoli of coercing her into sex at his home

Furthermore, the United States is not the only country that has diplomatically boycotted the Beijing Winter Olympics. Australia, New Zealand, and Lithuania have announced too that their officials will not be attending the Games in China which are set to start on February 4th of 2022.

Liu Pengyu, a spokesperson for the Chinese Embassy in Washington, D.C., tweeted in response to the White House’s diplomatic boycott announcement, saying that “politicians calling for [a] boycott … are doing so for their own political interests and posturing.”

White House press secretary Jen Psaki said, “The athletes on Team USA have our full support. We will be behind the 100 percent, as we cheer them on from home, but the administration didn’t think “it was the right step to penalize athletes who have been training, preparing for this moment.”

The Soviet Union retaliated by boycotting the 1984 Summer Olympics in Los Angeles. So what is there for the United States to lose by diplomatically boycotting the Beijing Olympics? Of course, one can only expect China to continue their trade war by putting higher tariffs on their exported goods. But, these types of economic fear tactics shouldn’t ever make the US or any country waiver on pushing China to have a better human rights record.

Having our American athletes participating in the Beijing Winter Olympics not only gives them the opportunity to showcase all their hard work and training, but it also gives them the platform to be public influencers who can express their opinions on advocating human rights everywhere. One great example of an American athlete who transcended his own era and brought to light positive change was Jesse Owens. Owens nearly didn’t get the chance to make Olympic history. With American decision-makers aware of Hitler’s discriminatory policies against Jews – but not yet prepared for the acts of genocide to follow – a fierce debate raged in the USA about whether to boycott the 1936 games.

Amateur Athletic Union president Jeremiah Mahoney argued that American athlete participation equated to support of the Third Reich, but Mahoney’s argument was defeated at the hands of American Olympic Committee head Avery Brundage, who insisted that the Games were for the athletes and not the politicians.

In preparation for the Summer Olympics, Germany made sure to put away antisemitic sentiments in Berlin under orders from Hitler’s minister of propaganda, Joseph Goebbels. As the Jewish Telegraphic Agency reported in April 1936, the last of the “red-painted signs announcing that ‘Jews Are Our Misfortune — Whoever Buys From Jews Is A Traitor’ were removed today from all public places in Berlin” — part of a strategy to rid all public displays of antisemitism during the international competition.

The United States ended up sending many competitors, including 18 Black athletes. A leading Nazi newspaper referred to them as America’s “Black auxiliaries”. However, the Nazy regime was on its “best behavior” during the Games.

Jesse Owens had emerged as a track and field sensation in the United States. He tied the world record in the 100-yard dash while still in high school, and his performance at the 1935 Big Ten Championships, in which he established three world records and matched a fourth over a span of 45 minutes, remains one of the most extraordinary accomplishments in collegiate sports history.

And, it was Owens’ decision to participate in the Berlin Olympics that drew condemnation from African American publications and NAACP head Walter White.

Yet Owen’s determination just grew stronger in that resistance. After setting an Olympic record in the 200-meter dash, Owens ignited the opening leg of a record-shattering U.S. 4×100 relay performance. He became the first American of any race to win four gold medals in track and field in a single Olympics, an achievement that wasn’t repeated until Carl Lewis did so 48 years later in 1984.

Hitler, no shock, refused to shake Owens’ hand after he received his gold medals. But Hitler didn’t want to shake any winner’s hand if that hand didn’t belong to a German. Hitler was taken aback that Americans would lower their own reputations to allow African-Americans to compete in the Olympics.

Owens returned to the cold reality of being a Black man in Great Depression-era America. He was forced to race against horses, motorcycles, and cars and take on other demeaning jobs for years such as a playground janitor. Owens finally caught a break in the 1950s when he became government ambassador and began touring the country delivering inspirational speeches. He earned good money and was finally seen to the public as what he always was: An American folk hero. He settled down in Phoenix, where most mornings he walked two miles to the downtown YMCA for swimming and weightlifting.

What’s surprising is how President Franklin Roosevelt is still considered a progressive leader for his time period. Yet, it was FDR who invited only white medal winners to the White House and never acknowledged Jesse Owens’ success in Berlin. A month after returning to America triumphant, Owens spoke to a crowd of 1,000 African-Americans in Kansas City, Mo.

“Hitler didn’t snub me,” Owens said. “It was (Roosevelt) who snubbed me. The president didn’t even send me a telegram.”

On Aug. 22, 1951, Owens returned to Berlin. Hitler was dead, as was his own Nazi regime’s power. Owens stood in the same stadium where he had roared to his medals as a crowd of 75,000 roared.

Walter Schreiber, the mayor of West Berlin, introduced Owens. “Hitler would not shake your hand,” Schreiber said. “I give you both hands.”

Owens spoke next to a crowd whose country was split in half between West and East and stricken from a post-war economic downfall.

“Stand fast with us in the fight for freedom and democracy under the protection of Almighty God,” Owens said.

What did Owens do next after his speech in the Berlin stadium? He returned to the segregated USA where he was forced to ride in the back of the bus in his native Alabama.
Still, the story of his success in those Games endures. Owens undoubtedly stole the spotlight from Hitler and the Nazi regime. Furthermore, he showed that a Black man could have success and paved the way for future African American sports stars like baseball’s Jackie Robinson. Owens’ legacy undeniably helped push the Civil Rights Movement vision into reality.

So let the athletes themselves be the best representation of our country. Let’s hope that our Olympians all can embody Jesse Owens’ tenacious yet humble spirit which was on full display 85 years ago. 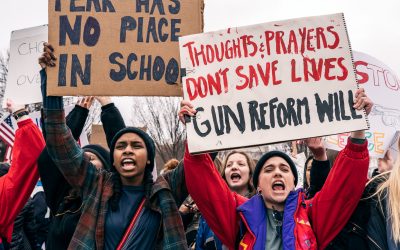 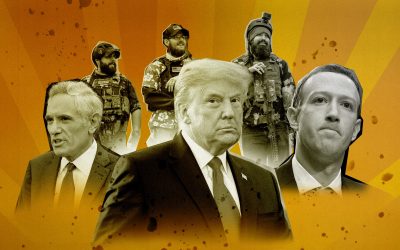 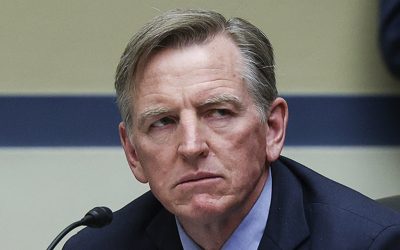